A Picture That Predicted My Future Puppy 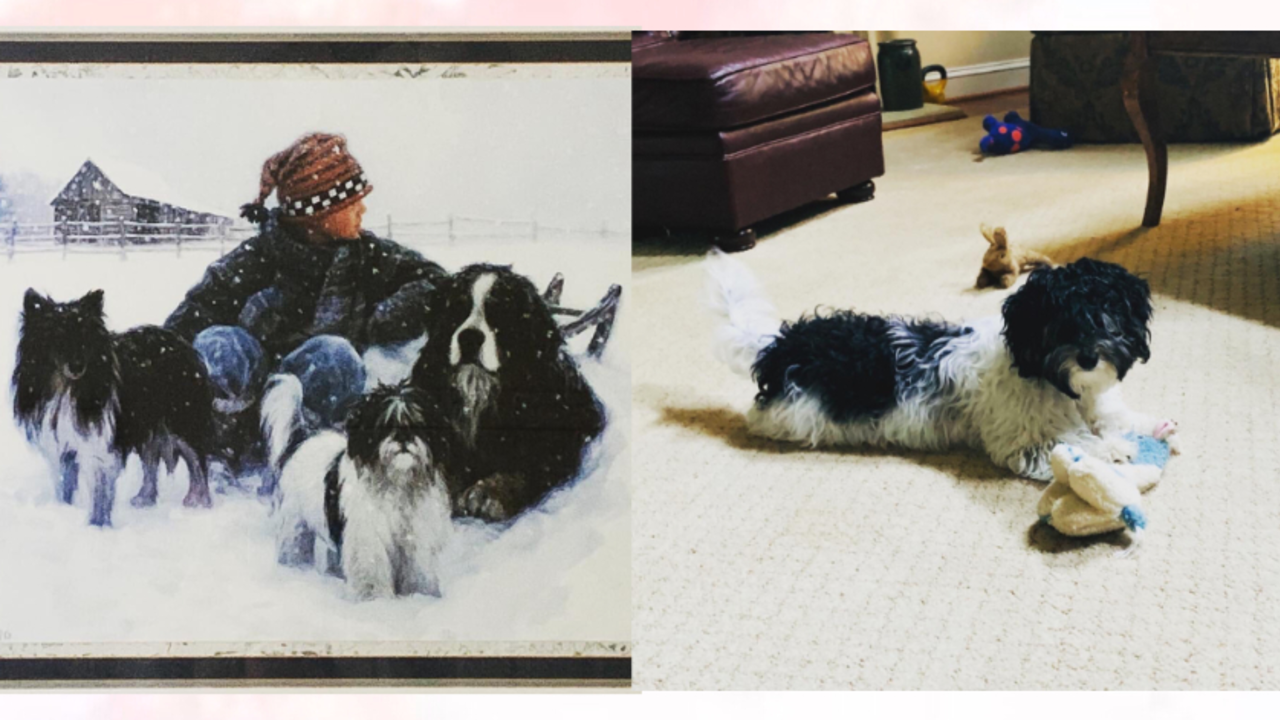 I’ve had this picture for years... It was a gift from my father who bought it for my ex husband and I after our last Bernese Mountain dog died. At the time, we were so heartbroken that we decided to get a smaller dog that would live longer... No more BMDs.

So this picture was special. It gave us amazing memories of our Berners. We had 3 of those amazing dogs before we switched to a Chihuahua.

Not too long after we got that picture, my husband and I split up and I ended up with both the dog and the picture.

The picture hangs in the guest room so we rarely look at it. This past weekend, my youngest grandson who is 22 months old was visiting with his parents. As he was playing in the bed with his mommy, he looked at the picture, pointed and said “Moji!”

My daughter looked up and was dumbfounded, as I was when she told me what happened...

The dog in the foreground of the picture, standing right next to the Bernese Mountain Dog, looks almost EXACTLY like our new puppy Moji!!!!

It’s amazing what kids can see that us adults never pick up on!!!! 😲

It’s like that picture I got almost 20 years ago was a premonition of my future. 💫